Come and listen to a story bout a Hasher named Jed
Bored with his wife that he just wants to be dead
Then one day he hid five bucks from the old battle axe
Heard some people running by and talkin’ ’bout a Hash
Hashing that is, Red Dresses, Boob Checks, Diamond Dick, White Flour

They said Bakaa’sfild Is the place you want to be
Cause they hear tell the chicks, though not kin
you can get them just as easily
So Jed packed up the truck, changed his name
to Adam and moved out here just in time
To hare the 10/13/14 Hillbilly Hash that is,
shiggy trails, ice cold beer 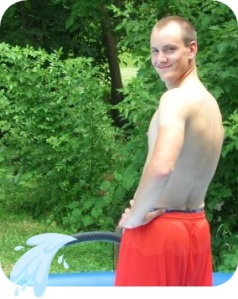 Thank you for the inspiration HBH3 .com