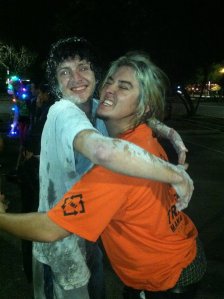 As a parent or a guardian you always think to yourself, “My they grow up so fast” First Hash you meet Scotty he shows his skinny flat little ass and is excited to sit at the big hashers table at PizzaVille on Oak.
Next Hash Scotty shares with his first tattoo (something you don’t personally believe in but) but pretend to be excited for him. You flour him on a birthday Hash but forget the next year, Scotty pretends not to care but you feel bad anyway. 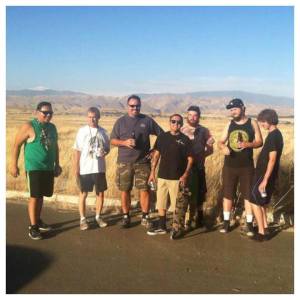 The second tattoo filmed and streamed live and multiple piercings get you a bit worried, but this couldn’t be my little Scotty and blame on the influence of bad friends.

The tongue slicing really freaks you out but then again Scotty is a big boy now, and besides he only throws up at every other Hash.

Also realize his Franko-fckn-stine friends are really some of the nicest people you’ll ever meet. (although you still wouldn’t want any of them near your daughters).