Is this the face of the Irish?  I didn’t think so either.  I’ll bet their glad this mug can only claim to be Irish on March 17th.   Anyway the following are the details of “Bloodplugs Inagural (Nobody tell him but I think he means Inaugural-However I could be wrong since English is my second language) Word Scramble Hash”. 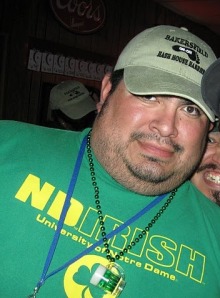 Meet in the Mexican part of town (which by now is all of California- but I digress), which is adjacent to the African American part of town, in the parking lot across the street from Luigi’s traditional Italian restaurant (you will know it by the Italian flags on display).  If you don’t know him our Hare Bloodplug is a big ol Mexican 364 days of the year, he is married to Mount Me Here a beautiful Harriett who is probably of Pennsylvania Dutch-German-Scottish heritage.  This to celebrate an Irish Roman Catholic religious holiday by a bunch of non-believing pagans and heathens.

Makers perfect sense to me.

Come dressed as your favorite leprechaun. The cost of the Hash is $8, a bit high but just use some of your millionaire tax cuts to pay for it. 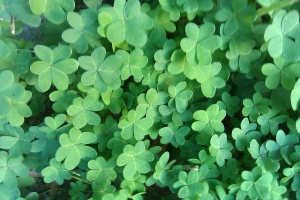 For equal time and in case my interpretation of this run is incorrect the following are Bloodplugs instructions in their entirety.

Someone is going to get lucky

Just wanted to let you know that Mondays run is starting in the Mexican Irish part of town, meet on the corner of 19th and King St (which will be super close for Diamond Dick since hes living in the nearby shelter) in the triiangle parking lot across the street from Luigi’s Restaurant. Its “Bloodplugs Inagural Word Scramble Hash”. Dress as your favorite leprechaun and come kiss my blarney stones. The cost of the Hash is $8 better safe than sorry. We dont want the Hash Cash going into the red like this great country of ours.
Sincerely the  biggest douchebag you will ever meet,
Bloodplug
35.389613 -119.043620